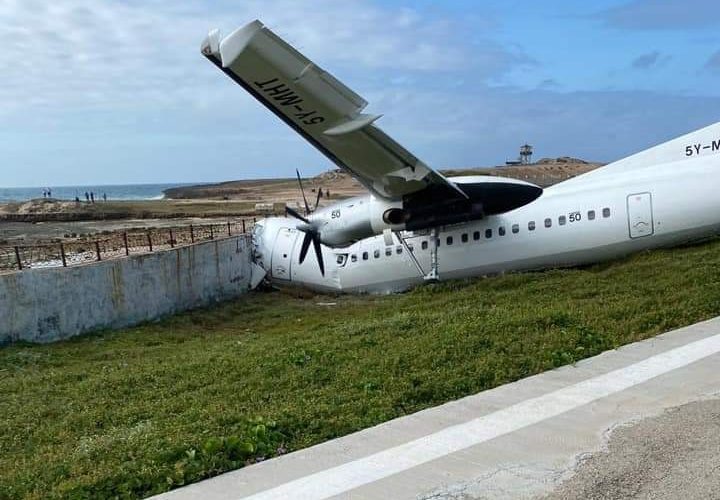 A Silverstone Air Services Fokker 50, operated by Saacid Airlines, left the runway and crashed nose-first into a wall that separates the airport from the beach at Mogadishu, Somalia.

The Fokker 50 aircraft was performing a freight flight from Mogadishu to Beledweyne (Somalia) with 4 crew members on board. But the pilots reported technical problems shortly after take-off from Mogadishu.

After the crew reported a technical problem, they returned back to the departure airport for an emergency landing. Photos shared on the internet show the extent of the damage that the aircraft has sustained.

Silverstone Air Fokker 50 (5Y-MHT, built 1989) was damaged beyond repair when it veered off runway impacting a perimeter wall at Mogadishu Intl Airport (HCMM), Somalia. There were no casualties on the cargo aircraft that was supposed to fly to Beledweyne. https://t.co/m06hE3ZPLZ pic.twitter.com/LYdl4uAcF2

The two pilots were seriously injured. However, the other two crew members on board were uninjured. Reports suggest that the captain was trapped inside the cockpit until the rescue team arrived.

Preliminary reports suggest that the reason for the emergency landing was related to problems with the landing gear.

In a statement, the Somali Ministry of Transport reported that the Fokker 50 was operated by Silverstone Air Services of Kenya. The aircraft was chartered by a Somali company called Saacid Airlines. 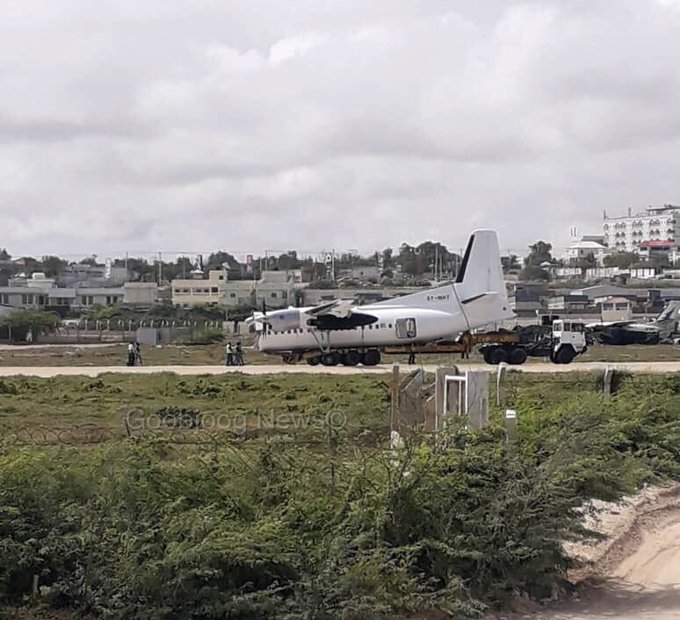 The 31 years aircraft was previously in service with the Swedish Fokker 50 specialist Amapola Flyg.

Somalia’s Civil Aviation Authority has opened an investigation into this accident.