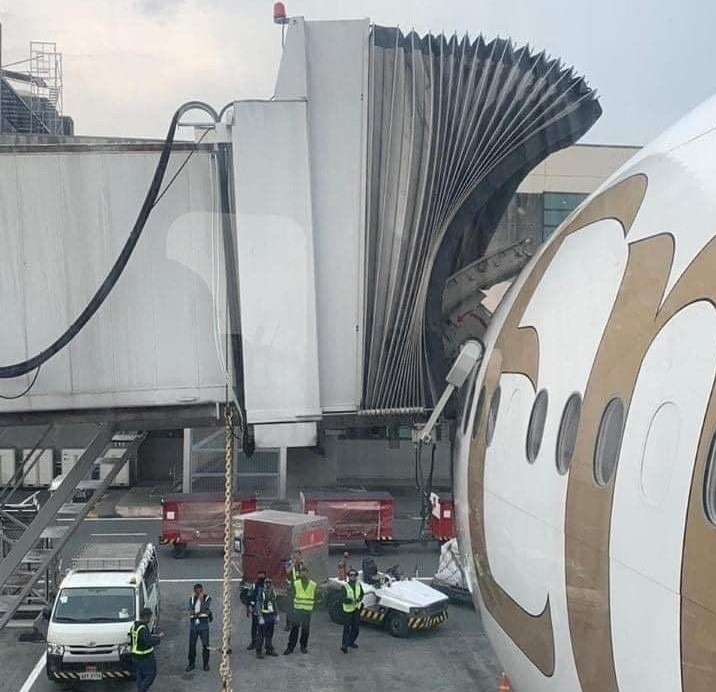 An Emirates Boeing 777-300ER sustained damage at Manila airport after a jetbridge malfunctioned at the airport.

As seen on footage shared on the internet, the L1 door of the Emirates Boeing 777 was nearly ripped off by a jetway at Ninoy Aquino International Airport in Manila. 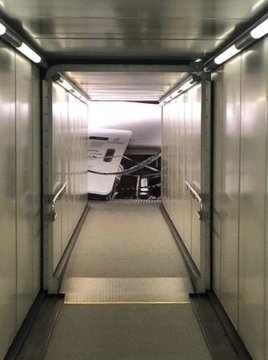 From the footage, it looks like the aircraft will require a major repair as the hinges seem to be bent and that’s structural damage.

The Boeing 777-300ER, with registration A6-ENN, was delivered the airline back in February 2014 and is currently 6.5 years old.

Emirates 777 door damaged after a jetbridge malfunctioned at Manila Airport in the Philippines. pic.twitter.com/59Q6lbVDJn

The aircraft was scheduled to operate flight back to Dubai but was delayed after the incident.

The L1 door is the closest passenger door to the cockpit. It is the door of the aircraft on the left-hand side of the plane where the jetbridge attaches.

Mostly, premium passengers in first or business class would depart from this door. The door will likely be replaced along with any of its associated parts.


The Boeing 777 involved in the incident plane had flown to Basra in Iraq, Mumbai in India, Amman in Jordan, Kuwait City in Kuwait, Beirut in Lebanon, Casablanca in Morocco, and more before it flew to Manila.

What do you think about this incident? What might have happened? Feel free to share with us in the comments below: