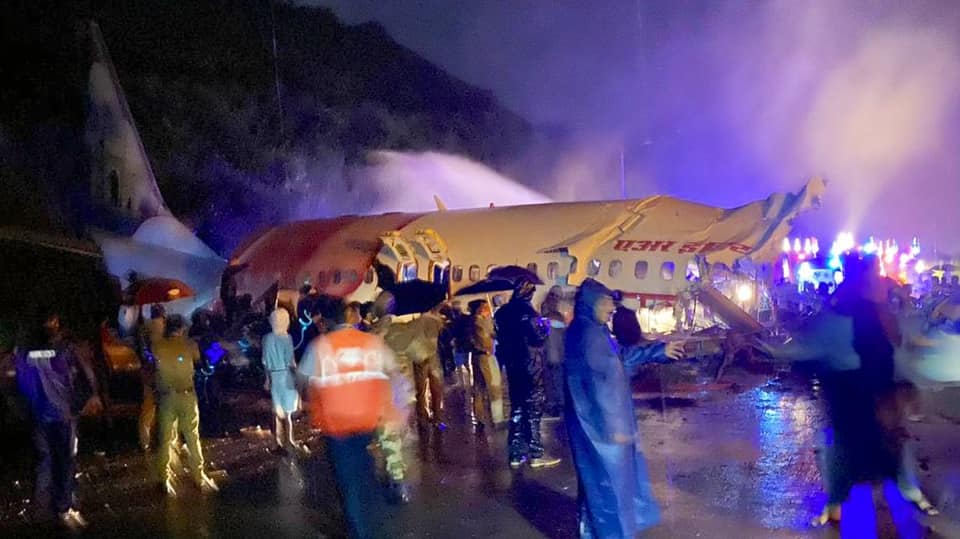 The B737 was operating Dubai-Kozhokode flight X1344 with 184 passengers on board and landed at 7:41pm at the airport. According to airlines sources, it appeared to have overshot the runway.

The Directorate General of Civil Aviation (DGCA) said the plane landed in heavy rain and after landing on runway 10. Upon landing, the aircraft continued until the end and fell down in the valley and broke into two.

Twenty people, including both pilots, were killed on Friday when the jet crash landed, officials said.  At least 24 ambulances and fire tenders have been rushed to the airport.

According to officials of the Kerala Police, at least 35 people have been reported injured and shifted to various hospitals.

The officials said that shortage of torches and incessant rain were causing the rescue process to halt.

Regarding the incident, Air India Express spokesperson said that there are 174 passengers, 10 infants, two pilots, and five cabin crew onboard the aircraft.

He also added that rescue operations are on and passengers are being taken to hospital for medical care. 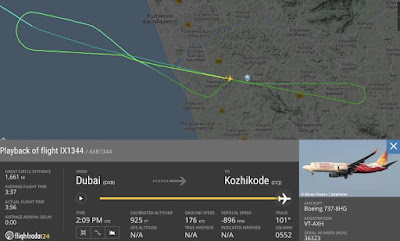 We here at Aero World express condolences to those affected by the crash.