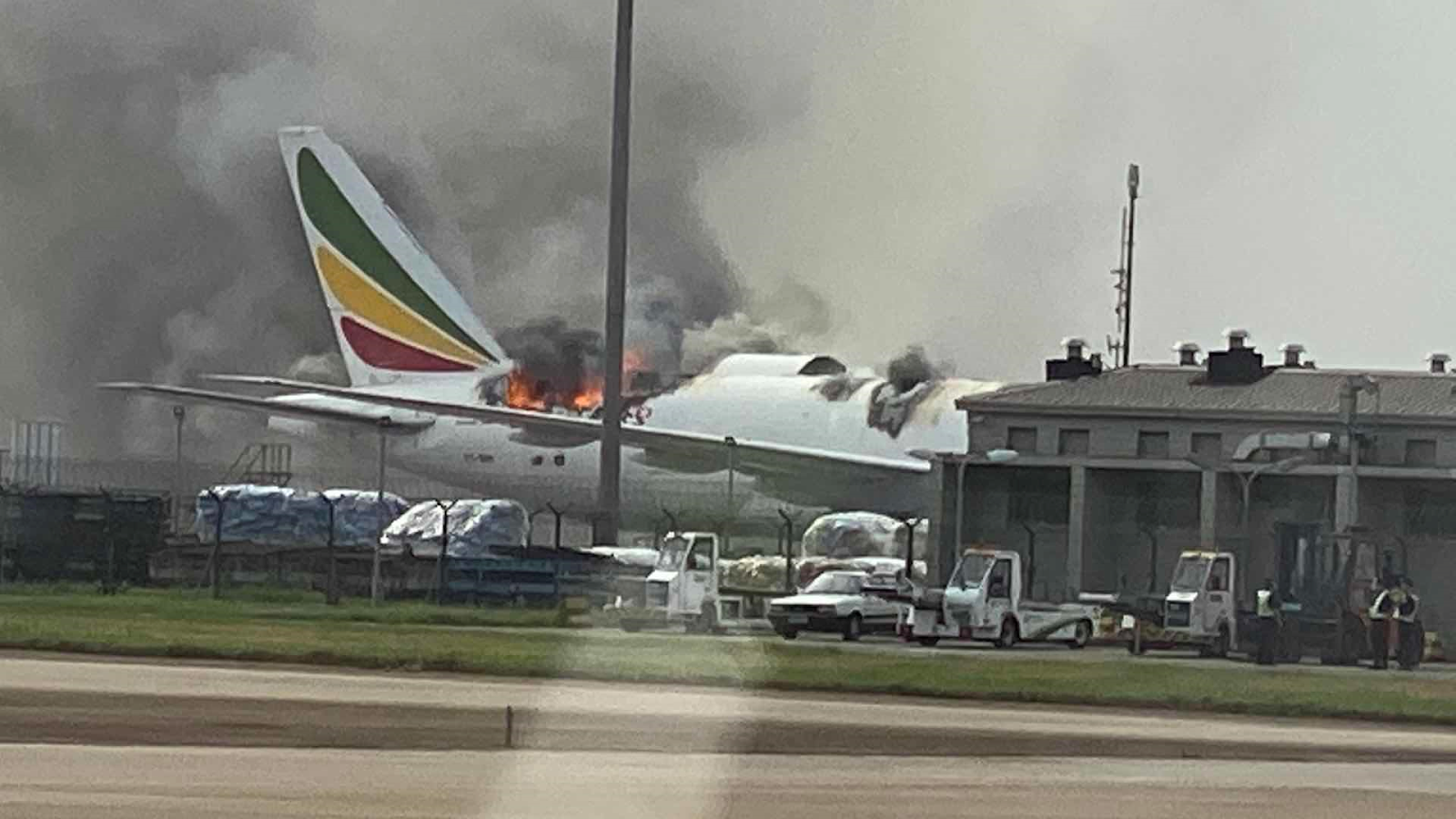 An Ethiopian Airlines Boeing 777F caught first at Shanghai Pudong International Airport.
As seen in multiple photos and videos the fire seems to have originated on the main cargo deck and has burned through the upper fuselage.

The Boeing 777F landed from Brussels at 11:51(GMT+8) local time. The aircraft was being loaded for its flight to Sao Paulo-Santiago via Addis Ababa, when the fire broke out.
Firefighters are seen on the scene attempting to control the fire. However, no injuries have been reported, but the cause of the fire remains unknown.

#Breaking a Ethiopian Airlines 777F caught on fire at Shanghai Pudong International Airport. The fire seem to originate from the main cargo deck and has burn thru the upper fuselage. #AvGeek pic.twitter.com/rSEeRZWgTX

The Boeing 777F involved in the incident is believed to be ET-ARH. The 777F was delivered to Ethiopian Airlines back in October, 2014 and is currently 5.8 years old.

Here is a video circulating on Chinese social media of the burning @flyethiopian 777F at Shanghai Pudong Airport. It’s most definitely a hull loss at this point. #BreakingNews #AvGeek pic.twitter.com/FN98d6QNrJ

Regarding the incident, Ethiopian Airlines released a press statement saying:

The aircraft was operating a regular scheduled cargo service from Shanghai to Sao Paulo-Santiago via Addis Ababa. All ground staff and flying crew are safe.

However, the cause of the fire is still unknown and the site is being investigated by concerned authorities.