One can do lots of things with $28 million. From private yachts to large villas to luxe round the world trips, it’s hard to decide what you would do if that much credit card balance is available magically in your account.

However, for one Qatar Airways passenger who was an Australian Frequent Flyer forum moderator, JessicaTam this became a reality.
JessicaTam was expecting rufund of approximately $2,000 ($2,800 AUD) following a request for a refund for her canceled business class flight. Her flight from Jakarta to London was canceled due to COVID-19.
However, JessicaTam received a massive $28 million AUD refund from the Middle-Eastern airline for the canceled flight. After thus Tam posted about her predicament on a frequent flyer discussion website saying:
“Hmmm. I notice that today my QR refund has come through to my credit card.”
“My account is now showing as $28,179,789 available balance. (The refund was less than $3000.)”
In order to prove the legitimacy of her story, JessicaTam even posted a screenshot of her credit card statement, clearly showing a balance of AU$28 million. 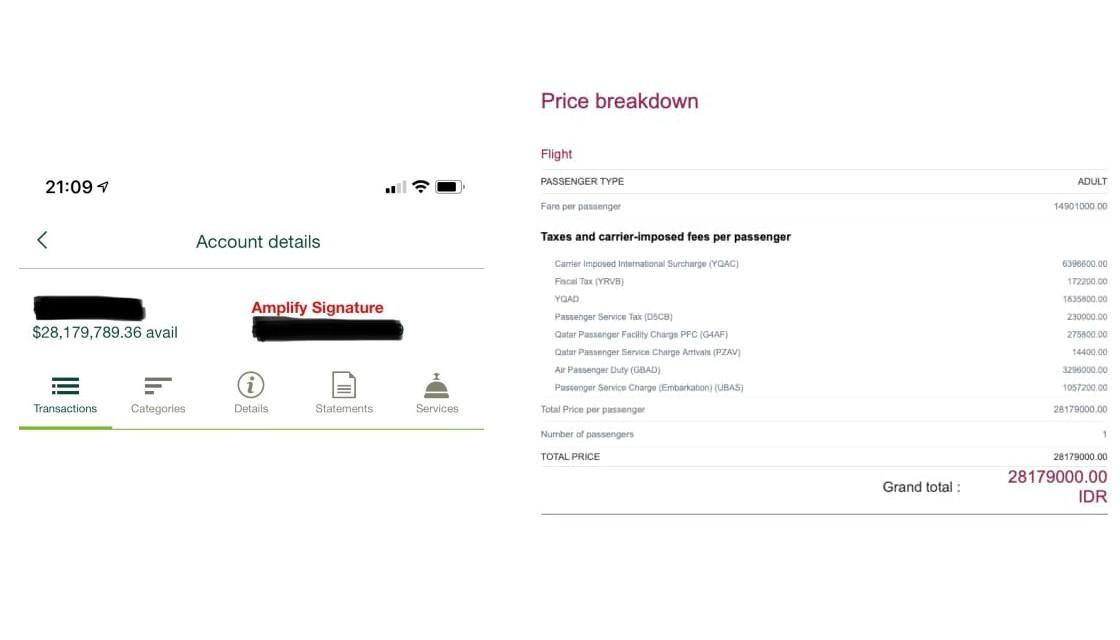 When the error was investigated, it was found that Tam’s refund was accidentally processed in Australian dollars, instead of the Indonesian Rupiah as the fare it was originally paid in Indonesian Rupiah.
So instead of receiving ₹28,179,000, the equivalent of about NZ$3000, Tam was paid out AU$28,179,000.
Regarding this Australian Frequent Flyer said, “This may seem like a bizarre amount of money to refund when the ticket only costs around $2,800. But the amount wasn’t quite a coincidence. As the first flight on this ticket departed from Indonesia, the fare was originally paid in Indonesian Rupiah. The total airfare, converted into Indonesian Rupiah, was IDR 28,179,000.”
The error was corrected after the investigation the following day.
After Tam’s story went public, Qatar Airways issued a statement saying:
“The airline processed the refund correctly and was not involved in the transaction between the bank and the passenger. We are glad to learn that the matter was swiftly corrected.”
And, quickly after it had landed in Tam’s bank account, the multi-million dollar refund was taken away swiftly.
Unfortunately, JessicaTam was left with a fee of around NZ$50 for converting her refund into Australian dollars.
After the refund was quickly taken away swiftly, she said:
“Sad news everyone. My bank has decided to take close on 30 million dollars from my account.”
This error reflects a broader ‘Currency Conversion’ issue in the aviation industry.
(By Sharad Ranabhat)

How would you respond if such error happens with you someday? Have you ever faced such error while receiving refund?