Skip to content
Both the IndiGo Airbus A320 and SpiceJet Step Ladder were parked at the time of incident.

Ground Step Ladder of SpiceJet airlines crashed into an IndiGo Airbus A320 aircraft at Mumbai Airport.
The incident took place in the apron area at the Chhatrapati Shivaji Maharaj International Airport on Saturday morning due to strong winds when the city received heavy rainfall.
The IndiGo Airbus suffered damage to wings and engine cowling. The aircraft was parked at the time of incident. The SpiceJet step ladder got detached from its parked position and hit the A320.
The Mumbai Airport authority confirmed the damage suffered by the parked IndiGo aircraft. The airport spokesperson also said:
“Due to strong winds, VH-IHN of IndiGo was hit by a ladder of SpiceJet at Mumbai, causing some damage to wings and engine cowling.” 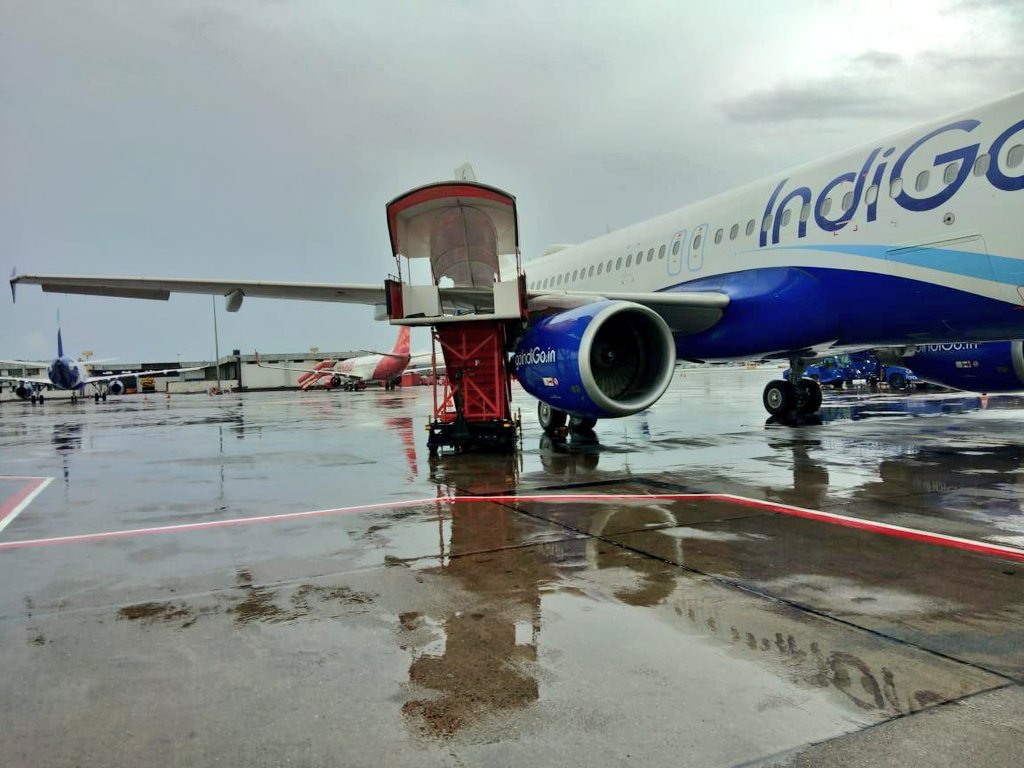 Whereas, SpiceJet official said that its step ladder was well parked in stand C87. A SpiceJet spokesperson said:
“Both aircraft were not in service at that time.”
The incident is under investigation by relevant authorities, the spokesperson added.

Meanwhile the nose wheel of another aircraft from Air India’s fleet parked swang due to strong gusty winds. The incident is also under investigation.

However, no human injuries or any other damage to aircraft was reported, as reported by the airline spokesperson.
Footage Source: Breaking Aviation News
Do you think these type of incident will be seen time and again as majority of aircraft are grounded due to current crisis? Feel free to share your thoughts in the comments below: