Skip to content
Boeing 737 MAX was grounded back in March 2019 after two fatal crashes killing a total of 346 people on board.

Time and again, new issues are being identified with the Boeing 737 MAX aircraft, after being grounded for almost a year now.

Recently, a new software issue has been identified by the engineers during test flights. However, Boeing is still confident that its aircraft will still manage to fix the issue in time.

The company is confident that its problemed aircraft will safely return back in service before mid-2020 after performing all necessary tests and certifications. This latest issue won’t delay its return.

The FAA could still re-certify the aircraft before midyear, however the date has not been confirmed yet. 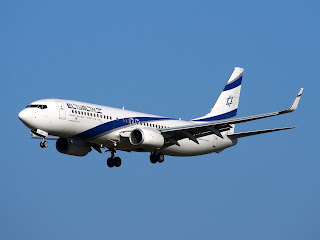 This new issue involves an indicator light staying longer than desired period. It is linked to the stabilizer trim system, that raises and lowers the plane’s nose. It is designed to warn a malfunction by a system.

“We are incorporating a change to the 737 MAX software prior to the fleet returning to ensure that the indicator light only illuminates as intended.” Boeing said in a statement.

FAA chief Steve Dickson said, “I wouldn’t say I’m worried. I want them to take whatever time they need to give us a fulsome and a data-driven proposal.”

He added that other regulators including European Union Aviation Safety Agency (EASA) also agreed on the issues needed to be fixed as stated by FAA.

Aviation regulators are evaluating design requirements for the MAX, buy may differ country-to-country on when the aircraft returns back into service, Dickson said.

The FAA chief, who is a retired Delta Air Lines Inc. pilot said that, he himself is planning to fly the MAX before it returns to the skies.

The new software issue arose after Boeing’s redesign of the two flight computers that control the aircraft to make them more resilient to failure.

Alongside this the manufacturer was already at work on the Maneuvering Characteristics Augmentation System (MCAS), which was involved in two deadly crashes.

Do you think the MAX will safely return into service by mid-year?